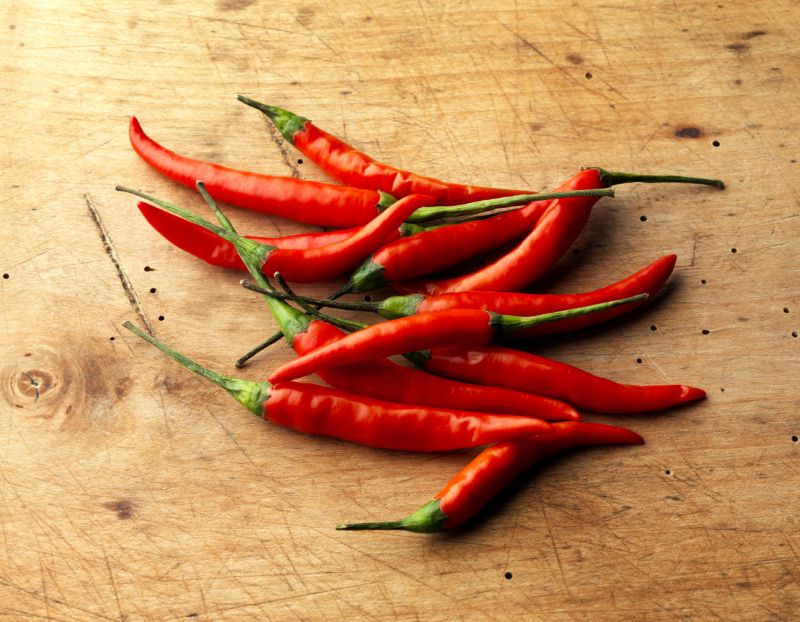 Chili peppers aren’t for the faint of heart, but maybe they should be. Scientists in Italy say the spice slashes the mortality rate from heart attack and cerebrovascular disease (which restricts blood flow to the brain and includes strokes and aneurysms).

The study, published in the Journal of the American College of Cardiology on December 24, included 22,811 Italian men and women, who reported their chili pepper intake over an 8-year period. At the end of the study, people who consumed the spice at least four times a week reduced their risk of dying from a heart attack by 44 percent and from cerebrovascular disease by 61 percent.

Study author Marialaura Bonaccio, PhD, of IRCCS Neuromed Mediterranean Neurological Institute in Pozzilli, Italy, tells Yahoo Lifestyle that consuming chili peppers won’t prevent heart attacks or stoke, but rather the risk of fatality. The observational study did not identify exactly why chili peppers were so beneficial.

“But we know the results are independent of diet quality,” says Bonaccio. “This means that even if you don’t always adhere to the Mediterranean diet, the chili peppers will still have an effect.”

Chili peppers get their heat from the compound capsaicin, which a Chinese study on hamsters associated with a reduction in cholesterol and with blocking the expression of a gene that makes blood vessels tighten. In animal studies, capsaicin also appears to minimize body fat, and when consumed with ginger may lower the risk of cancer.

But some research has flagged capsaicin for its ties to cancer. According to the American Association for Cancer Research, “capsaicin can act as a carcinogen or as a cancer preventive agent,” adding, “Although widely consumed, capsaicin has a long and convoluted history of debate about whether its consumption or topical use is entirely safe.”

Anuj Shah MD, an interventional cardiologist and endovascular specialist and founder of Apex Heart and Vascular Care tells Yahoo Lifestyle that the new study helps us better understand the power of chili peppers. “People who eat them likely consume more fresh food in general, so the results could benefit from this trend,” he tells Yahoo Lifestyle.

Shah adds that studying a population — in this case, Italy — known for healthy eating (the Mediterranean diet is heavy on good-for-you fats such as olive oil, nuts, and fatty fish) provides a better baseline for results. “We all don’t have to rush to eat chili peppers,” he says, “but now we know that adding them to an already-healthy diet helps.”